Can I use XAMS with any HPLC and IC system?
Yes. The XAMS anion membrane suppressor with ASUREX regenerator fits to chromatography systems and detectors from Thermo, Metrohm, Shimadzu, Knauer, Cecil Instruments, Hitachi, Waters, Agilent, Dionex, Shodex and several other instrument manufacturers.

Can XAMS be used during gradients and to suppress strong eluents?
Yes. The XAMS suppressor with ASUREX regenerator can neutralize aqueous eluents with concentrations from 1 mM to 50 mM or more depending on the set-up and flow rate. For even stronger eluents we recommend the XAMS-HC high-capacity suppressor.

Could XAMS replace my old Alltech suppressor now when its consumables are not available anymore?
Yes, certainly. XAMS can replace other type of suppressors and most often give similar or better performance. 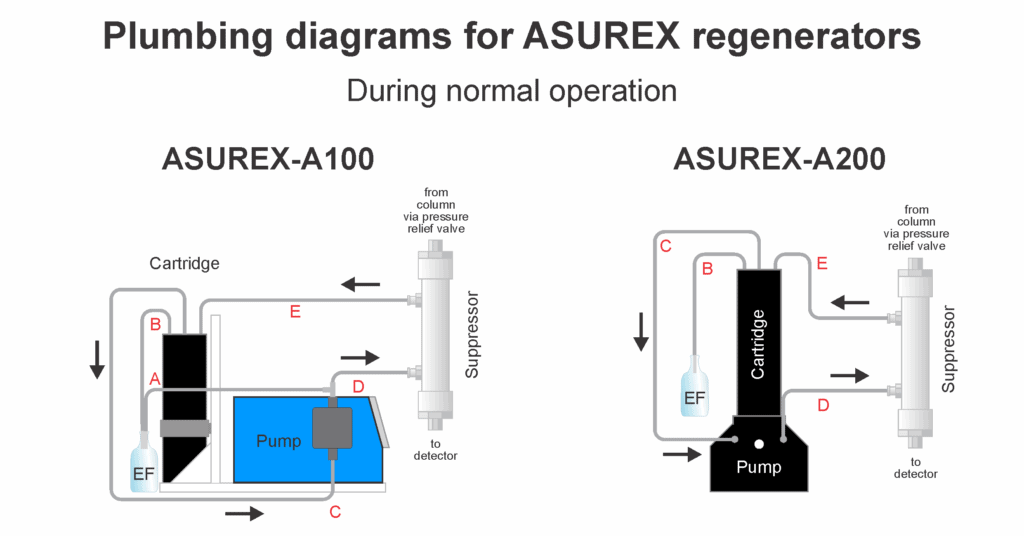 For technical support on Xenoic® products and applications in ion chromatography, please use the form below or send an email to support@diduco.com.

Diduco is a leading provider of professional services in high performance liquid chromatography and manufacturer of the Xenoic® XAMS chemical suppressor and ASUREX automatic regenerator for ion chromatography.